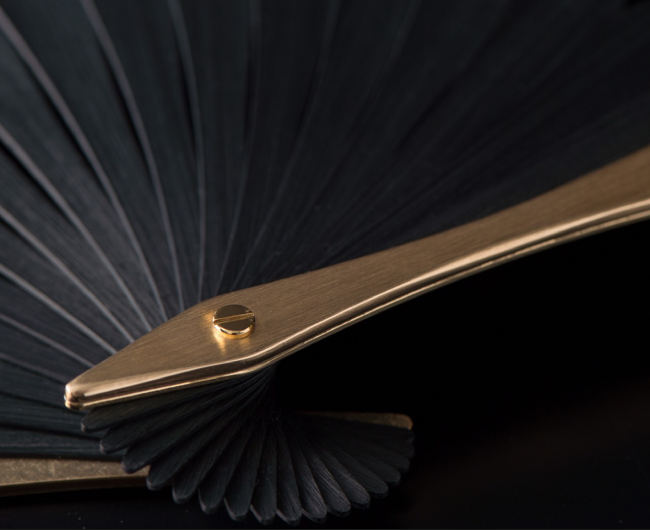 The fan ribs are crafted from platinum aluminum, which is a form of plated aluminum. Because aluminum plating is considered difficult, brass is usually used as a substitute. However the heavyweight nature of brass makes it difficult for use as fan ribs. We at GrandeRoss1 have taken advantage of extreme expertise only found among the most experienced craftsmen in Tokyo to enable the use of aluminum plating. The beautiful and extremely light platinum aluminum is truly the shining crown jewel of Japanese craftsmanship. SENSE also uses titanium and carbon fiber in addition to platinum aluminum, technologies found in race cars and aircraft. The highly skilled craftsmen of Japan are what allowed us to deliver the extremely high quality SENSE.

The 21st century demands a higher degree of automation and efficiency in manufacturing. However, we take a different stance by insisting that our products remain hand crafted. Each fold line on the fan surface, as well as the process of folding the leather precisely to the dimensions of the ribs are done by hand. This meticulous process cannot be replicated with automation. 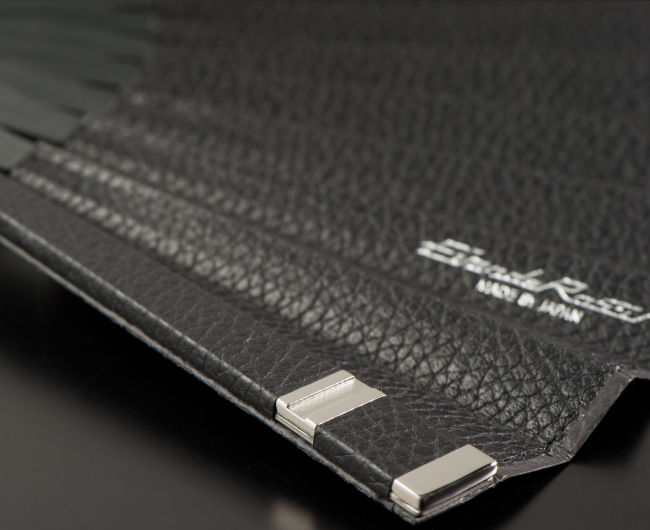 Traditional Japanese fans use traditional Japanese paper and bamboo as materials. However, GrandeRoss1 SENSE is made with materials more commonly found in race cars and aircraft, such as duralumin alloys. Known for its flexibility and durability, the duralumin is combined with VEGGENTE, establishing the new standard of luxury and excellence in aluminum surface finishing.

Leather is a deeply rooted element of Italian culture, allowing for the manufacturing of high quality leather with the most vibrant colors. Traditions such as Vachetta leather that dates back 1,000 years through the course of the history of Italy. Italy is also home to Pelle Conciata Al Vegetale in Toscana, an industry group that establishes and enforces standards and certification of vegetable tanned leather. GrandeRoss1 SENSE uses leather imported from Tuscany in central Italy. Tuscany is known for fierce rivalries among thousands of tanneries that all strive to deliver the highest quality leather.

Our commitment to “Made in Japan” 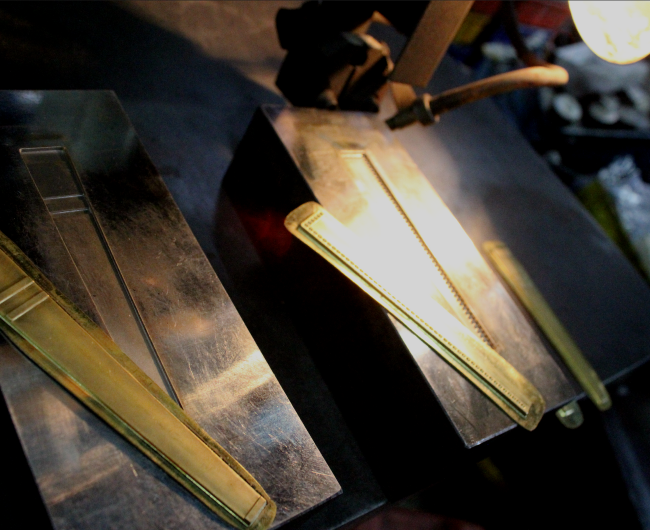 After the devastation of World War II, Japan quickly began exporting products to every corner of the world. Japan found pride in the safety, dependability and superior quality its products represented. However in recent years the manufacturing industry of Japan has been suffering from an aging workforce and a declining population. This decline of Japan’s manufacturing output has allowed for foreign competition to regain its market share. Here at GrandeRoss1, we take a unique approach to the traditional Japanese fan from 1,000 years ago. To combine Japanese tradition and European style and luxury and to deliver a product to the world, that is our mission. 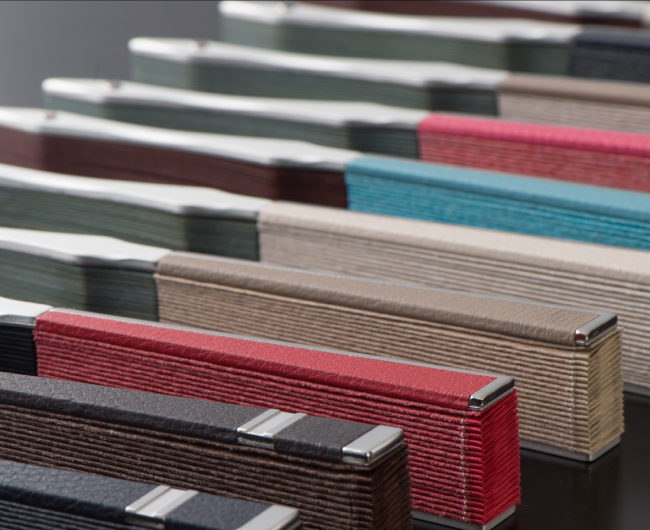 Inspired by luxury cars and high end watches, we launched our business in 2018. We started out by creating a personalization program. This was aimed at reflecting the individuality and unique taste of our customers to the design of SENSE, our product. The unique choices our customers make in choosing the leather, coloring, fan ribs designs and so on are truly what makes the GrandeRoss1 experience and the creative process unique. This system of collaboration between our customer and our design team allows for an unlimited possibility of combinations, and allows for the realization of our brand values; Passion, Innovation and Elegance. This expression of creativity and individuality is what becomes your one and only SENSE.